The navy ships were visiting from Germany, Belgium, Norway, The Netherlands and Great Britain. There were many colourful flags flying on board each vessel, as it’s customary to fly the flag of the country you are visiting as well as the boats country flag.

Also attending the ceremony were Thomas Kluck (Counsellor/Deputy Head of Mission, Embassy of the Kingdom of The Netherlands), Lt (NS) Quigley and Lt (NSR) Durcan, who are both Liaison Officers for the task groups visit.

Our navy visitors generated lots of interest and a warm Dublin welcome from the public who wanted to view and take pictures of the ships. 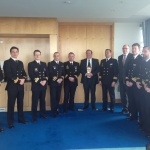 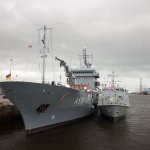 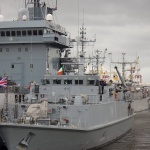 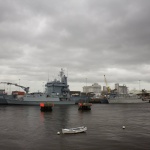