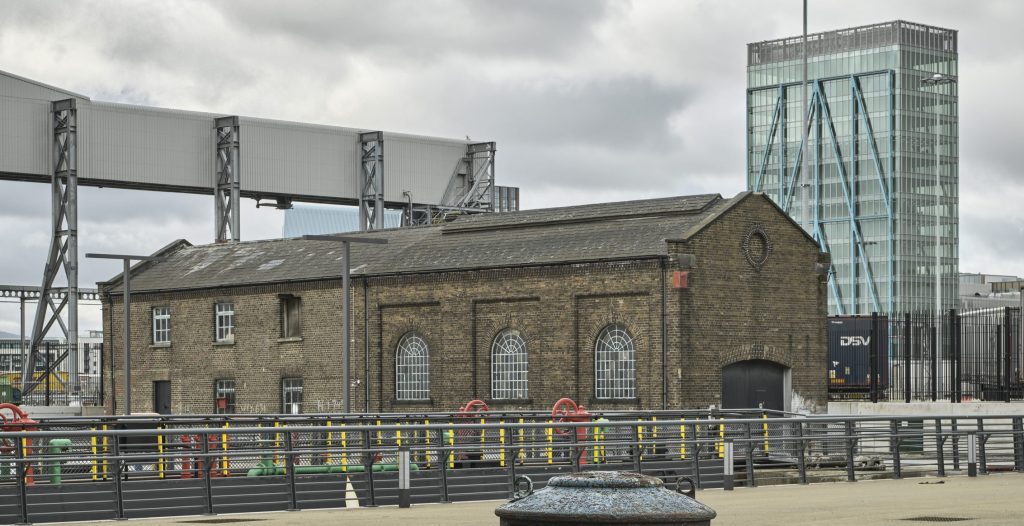 Dublin Port’s history dates back to 1707 and while the company has always looked forward, the Port has never lost sight of its substantial heritage.

Much of the evolution of communities in the North and East Wall areas is inextricably linked either to the Port itself, or the numerous industries which developed around it. Railways, Shipbuilding, Car Assembly, Timber Importers, Coal, are some of the many businesses that flourished and evolved throughout the Port’s history.

The early housing stock built in the vicinity of the Port was developed to accommodate the workers and from those communities came significant Artists, Musicians, Writers, and Poets.

Join Anthony, on a 45min walking tour which starts at ‘the Sphere’ in Port Centre on Alexandra Road and concludes in Dublin Port’s new graving dock Heritage Zone.

Parking is available at Dublin Port Centre. Access both on foot and by car via the gates on Alexandra Road. The tour will include the maritime garden which has a small number steps. Port Centre will be closed so there is no access to toilet facilities on site.

Portraying the Port: A Walk Through the Photographic Collections of Dublin