The Board of Dublin Port Company is pleased to announce the appointment of Barry O’Connell as its new Chief Executive Officer from 14th November 2022 following an open and competitive recruitment process.

Barry joins Dublin Port Company from the Coca-Cola System, where he has held multiple senior executive roles in bottling operations around the world since 1992. Barry has been a CEO since 2009 and has successfully led organisational transformation initiatives in Austria/Slovenia, New Zealand, Australia and Singapore/Malaysia. These initiatives have typically involved major capital investment projects in the areas of manufacturing and logistics, step-changes in sales and marketing strategy, innovative digitisation initiatives and significant investment in building organisational culture and capability. In leading such change initiatives, Barry has acquired significant experience in the areas of strategy, leadership, organisational change, and stakeholder management.

Barry replaces Eamonn O’Reilly, who stepped down from the role on 31st August after twelve highly successful years during which Dublin Port has undergone an historic transformation with the development and ongoing implementation of Masterplan 2040. Under Eamonn’s stewardship, enormous growth in freight throughput at Dublin Port has been facilitated by the major infrastructure developments delivered to date. The challenge in the coming years is the effective and timely delivery of the remaining elements of the approved Masterplan.

The Board is confident that Barry’s experience in senior international and operationally complex positions make him ideally placed for the role and task ahead. A native of Cork, Barry holds a degree in Business Administration from the University of Limerick with further studies in Cranfield University and the IMD in Switzerland. 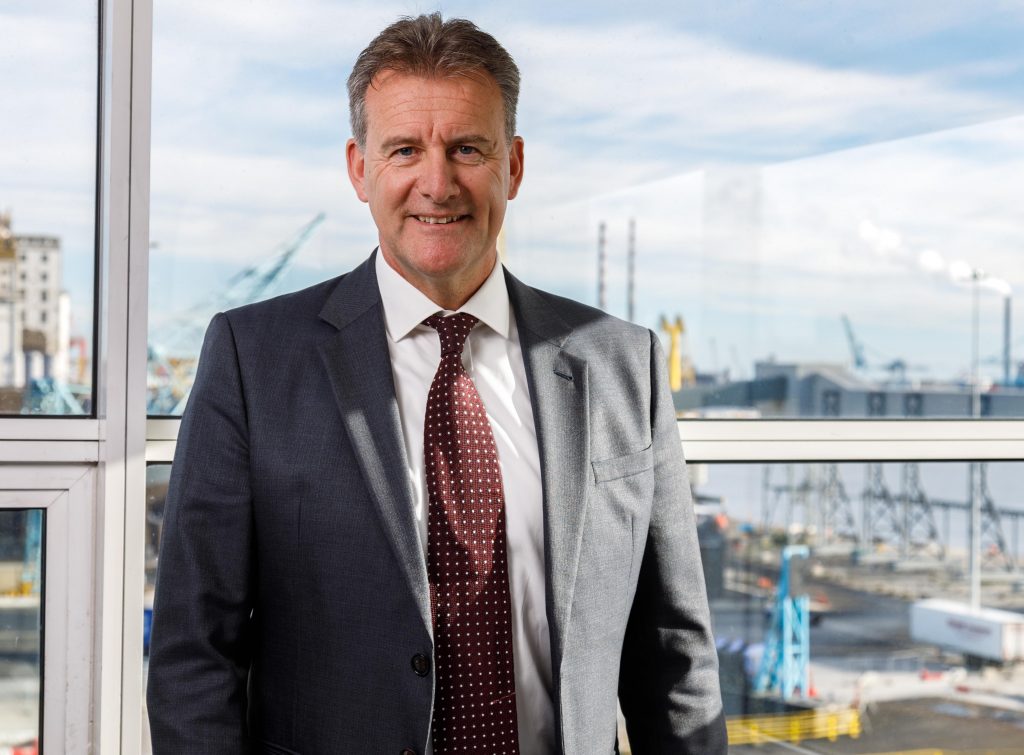 “We are delighted to welcome Barry O’Connell as the next Chief Executive Officer of Dublin Port Company. We believe that he will build on the major achievements of the past ten years and continue to shape the evolution of this critical national infrastructure meeting Ireland’s international trade, climate and sustainability objectives in line with national port policy.

Barry joins the Company at an important and exciting time as we focus on delivering the final Masterplan project, the 3FM Project, through planning and achieving the ultimate capacity envisaged in Masterplan 2040. This will futureproof Dublin Port and national port capacity for the medium term, but also continue Dublin Port’s mission to further integrate the City and port communities. Port-city integration is a key strategic objective of Masterplan 2040 to be delivered through diverse industrial heritage, cultural, community, and educational programmes. The Plan also envisages digitisation of operations to further advance capacity optimisation and customer service priorities.

“We are confident that Barry and the executive team will build on the Company’s strong financial position and operational performance to deliver on these strategic objectives.”

In accepting the appointment, Barry O’Connell looks forward to taking up the role saying

“It is a privilege to be joining the Dublin Port Company team at this crucial time and to be able to play my part in developing the Port to meet the future needs of Dublin and the wider Irish economy. I am very much looking forward to working with the Board and a highly competent and motivated team to continue to deliver value to customers, community and stakeholders.”