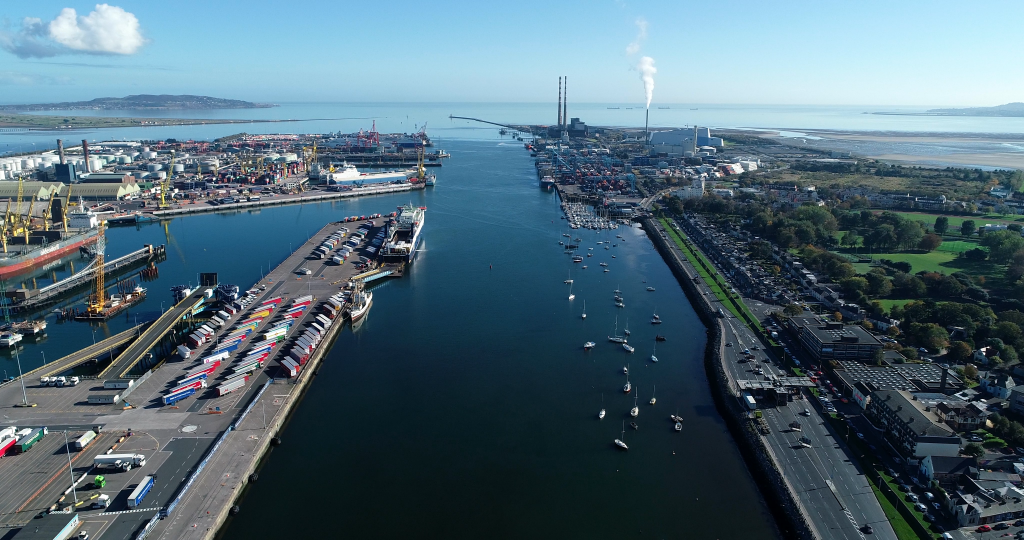 Dublin Port Company (DPC) has launched a public consultation on the future of cruise tourism at Dublin Port. To help inform the consultation process, DPC has published a discussion paper setting out key considerations to be addressed. DPC has also published the findings of an independent economic cost-benefit analysis by Indecon International Economic Consultants and recent research by Fáilte Ireland on expenditure by cruise tourists in Dublin.

The consultation, which opens today and runs until 17th January 2020, seeks the views of stakeholders on the future development of cruise tourism in Dublin regarding a number of issues, including:

The context for the consultation is Dublin Port’s Alexandra Basin Redevelopment (ABR) Project, which is currently under construction. The final part of this project will involve building new berths suitable for the largest cruise ships at North Wall Quay Extension, east of the Tom Clarke Bridge. Construction is scheduled to start in 2024, meaning the new berths would be available for the cruise season of 2026.

DPC is first and foremost looking to ascertain the level of broad-based appropriate support as a prerequisite for the proposed development. The key question being asked of stakeholders, including the general public, is whether Dublin wants to have a large-scale cruise tourism business. If so, then the proposed berths at North Wall Quay Extension are needed.

Any new berths that might be constructed will have provision for shore power and cruise ships would be required to turn off their engines and use this shore power while at berth. This mandatory requirement is particularly important given the challenge facing the City to address likely imminent breaches of EU air quality limits. DPC wishes to establish the willingness and ability of cruise lines to meet this requirement in Dublin in the future if the new berths are constructed.

The investment required to construct the new berths at North Wall Quay Extension is estimated at €108 million, excluding terminal facilities for cruise turnarounds. Dublin Port Company projects that this investment could treble the number of cruise tourists to 619,000 by 2040, with approximately one-third of these being turnaround passengers who start and finish their cruise in Dublin. By way of context, Dublin Port received some 197,000 cruise tourists in 2018, and approximately one-fifth were turnaround passengers.

DPC commissioned Indecon International Economic Consultants to evaluate the economic benefit from the proposed investment and from the projected increase in cruise tourism. Indecon’s key finding is that the economic return would be positive. Indecon estimates that the investment of
€108 million (over the years 2024 to 2026) would generate a net economic benefit of €211 million (at 2019 values), equivalent to a benefit to cost ratio of 2.83.

However, the scale of the investment required and the level of risk are such that DPC could not itself finance the project. The company is currently implementing a €1 billion ten-year capital investment programme to deliver additional capacity to cater for projected cargo growth up to 2040. From a development risk perspective, the proposed new berths would be of limited alternative use outside of cruise, i.e. for revenue-generating cargo operations.

Therefore, if the project is to proceed, co-financing is required (as outlined in Masterplan 2020 – Reviewed 2018, Page 33). This could involve a concession agreement with a private sector operator or operators which would provide the €108 million funding up front in exchange for the right to operate the facility for a defined period. Such an approach is provided for in National Ports Policy. Based on the Indecon analysis, DPC is seeking to establish the level of interest among cruise companies and others to support the required investment and arrangement.

“The first part of this consultation asks whether Dublin wants a large cruise tourism business or not. We need to know that there is widespread support and a genuine desire to see cruise tourism on a significantly larger scale than ever before if we are to proceed to build new berths as far upriver as the Tom Clarke Bridge capable of accommodating the largest cruise ships two at a time.

“The second aspect of the consultation looks at how the construction of new cruise berths at North Wall Quay Extension can be financed. With the Indecon analysis complete, we are clear about the economic benefits of any such investment, but unclear about the industry’s willingness to co-finance future development. This consultation provides an important opportunity to engage and we welcome responses from all stakeholders, national and international, to the process.”

Interested parties are invited to respond to the consultation document no later than 17th January 2020, either by email to cruiseconsultation@dublinport.ie or by post to:

The consultation document, the Indecon Cost Benefit Analysis report and the Fáilte Ireland report on cruise passenger expenditure are all available to download at https://www.dublinport.ie/masterplan/cruise-consultation/