Dublin Port Company (DPC) has announced that P&O Ferries and Seatruck will move locations within Dublin Port from January 23rd 2023.

This change sees the former Terminal 3 entrance along East Wall Road (opposite the 3Arena) close to HGVs from January 23rd. All HGV traffic for Seatruck (T4) will access the port via Promenade Road then onto T4 via Tolka Quay Road and cross over the new Alexandra Road Bridge (the Red Bridge).

To help all port users with the changeover, temporary digital signage will be in place along key routes within the port estate to direct drivers. The team from DPC will also be on the ground to assist drivers over the coming weeks.

The relocation of P&O Ferries and Seatruck facilitates ongoing development works associated with the Alexander Basin Redevelopment (ABR) Project, and the commencement of works on the MP2 Project; two major strategic infrastructure development projects consented and underway to increase port capacity as planned in DPC Masterplan 2040.

DPC acknowledges the ongoing support of both P&O Ferries and Seatruck in preparation for the move on January 23rd and is committed to working with both terminal operators to ensure a smooth transition for their customers and all port users.

Port users can continue to keep up to date on all road and traffic developments at Dublin Port via Twitter at https://twitter.com/DubPortTraffic. This includes recent changes to the speed limits throughout the north port estate road network which limit speeds to 40Km/h in the port estate and 20Km/h within the terminals as part of Dublin SafePort. 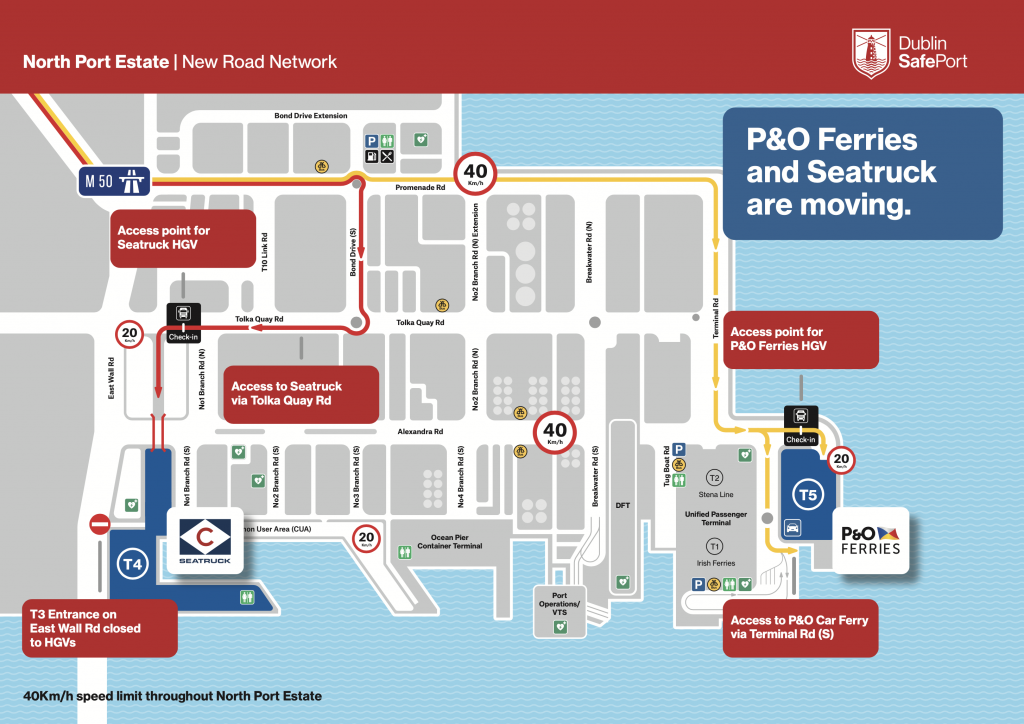 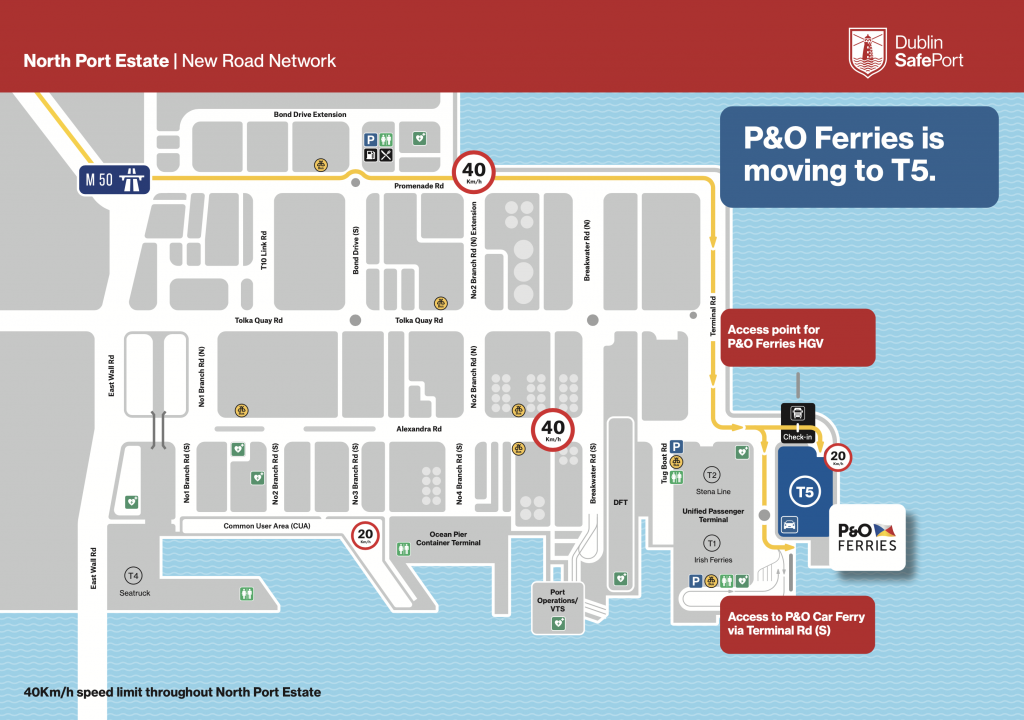 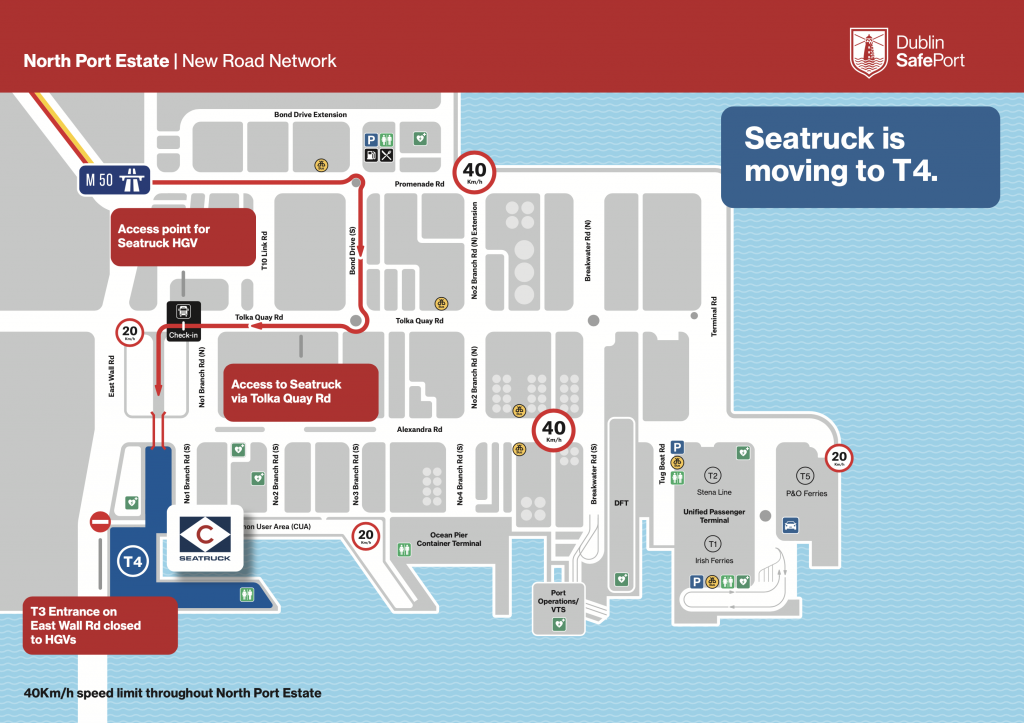