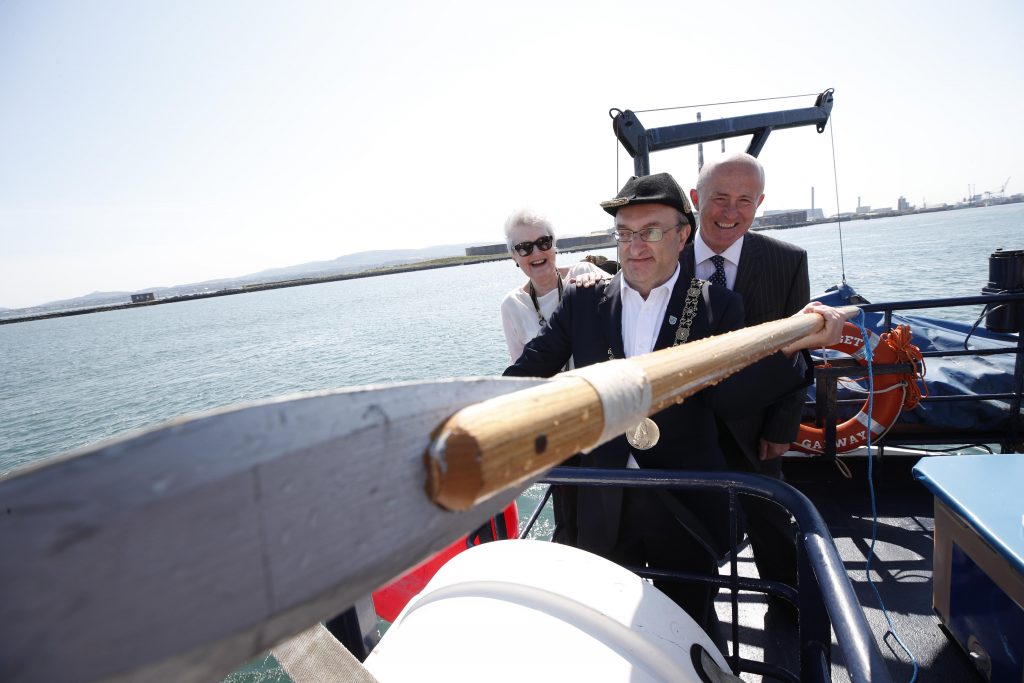 Historical records show that the maritime tradition of the Casting the Spear dates back to 1488 when Thomas Mayler, who was then Lord Mayor of Dublin, rode out on horseback and cast a spear as far as he could into the sea. This was to mark the city’s boundaries eastwards. Centuries later, the re-enactment ceremony reminds us of Dublin’s role as a port city in medieval times and highlights Dublin Port’s remarkable history since its establishment as a trading post some 1,200 years ago.

“It is an honour to perform the ‘Casting of the Spear’ ceremony which has become a highlight in the calendar for the Lord Mayor of Dublin. I look forward to an exciting year ahead as Honorary Admiral of Dublin Port and working with the Port and its communities to create new traditions and memories. It is important that we keep alive the customs and traditions that define us as a port city.”

There to witness the Casting of the Spear ceremony were members of the local port community enjoying the launch of the 30th annual South Docks Festival. The South Docks Festival is run by the St. Andrew’s Resource Centre of Pearse Street in collaboration with a number of local clubs and groups, including Pearse Area Recreational Centre. It is a celebration of community and heritage, taking pride in the identity inherent in the South Dublin Docklands area. The festival takes place from Monday, 17th July – Friday, 21st July with activities, fun and games for all. More information can be found on the St. Andrew’s website http://www.standrews.ie/southdocksfesti1/

“I would like thank Lord Mayor Mac Donncha for his participation in the Casting of the Spear, a ceremony that celebrates our heritage as a port city. Looking back to the origins of the ceremony, now more than half a century ago, it is extraordinary to think that our city’s boundaries were established as a port city by Thomas Mayler’s spear in the waters of medieval Dublin. Today’s re-enactment celebrates that tradition and is symbolic of Dublin Port’s continued commitment to preserving, for the city and its people, an understanding of the history that binds the port and the city.”

“It is great to celebrate the 30th South Docks Festival, which brings together the communities of our docks and our nearest neighbours. I would like to congratulate the organisers of the festival on a tremendous programme of events and to encourage everyone to come along and enjoy the festivities.”