Dublin Port Company and the Mexican Embassy in Dublin have welcomed one of the world’s largest Tall Ships, the 270-foot-long Cuauhtémoc, which sailed into Dublin early this morning for a five-day visit to the capital. She is berthed at Sir John Rogerson’s Quay for the duration of her stay, and open to the public to visit, free of charge, on the following dates and times:

CLICK HERE TO WATCH AS THE CUAUHTÉMOC WAS GUIDED INTO PORT.

Led by Commanding Officer Captain Carlos Gorraez Meraz, the Cuauhtémoc is an official sail training vessel of the Mexican Navy which travels around the world carrying a message of friendship and goodwill. This is the Cuauhtémoc’s fifth visit to Irish waters since her maiden call in 1998. She subsequently visited the capital in 2008, in 2012 as part of the Tall Ships festival and again in 2015.

Members of the public visiting the ship this weekend will be able to get a closer insight into life on board for the 257-strong crew and inspect the fine craftsmanship of the vessel which has trained more than thirty generations of officers, cadets, petty officers and sailors, both Mexican and other nationalities.

Commenting on the tall ship’s visit, The Ambassador of Mexico to Ireland, H.E. Miguel Malfavón said; “For over 40 years, Mexico has enjoyed excellent diplomatic relations with Ireland built on a shared sense of history and strengthening cultural, academic and trading ties in the present day. The arrival of the Cuauhtémoc reminds us of the affinity and friendship that exists between our two nations and symbolises the hand of friendship from Mexico to Ireland. For most of the crew on board, this is their first visit to Ireland, marking a new generation of Mexican-Irish exchange.”

Encouraging members of the public to visit over the weekend, Eamonn O’Reilly, Chief Executive, Dublin Port Company, said; “Tall Ship visits to Dublin are always a highlight and the Cuauhtémoc is no exception. This is a spectacular vessel and one of the finest working tall ships at sea today. I would encourage people in the city to take a trip down to Sir John Rogerson’s Quay to explore the Cuauhtémoc over the weekend and show her a warm Irish welcome during her stay. She brings a little piece of Mexico to our doorstep and it’s an opportunity not to be missed.”

Built in the Celaya shipyards in Bilbao, Spain, the Cuauhtémoc was launched in July 1982. She was the last of four windjammers built by Bilbao shipyards and is named after the last Aztec Emperor who was imprisoned and executed by the conquistador, Hernán Cortés, in 1525. This is her fifth visit to Irish waters. 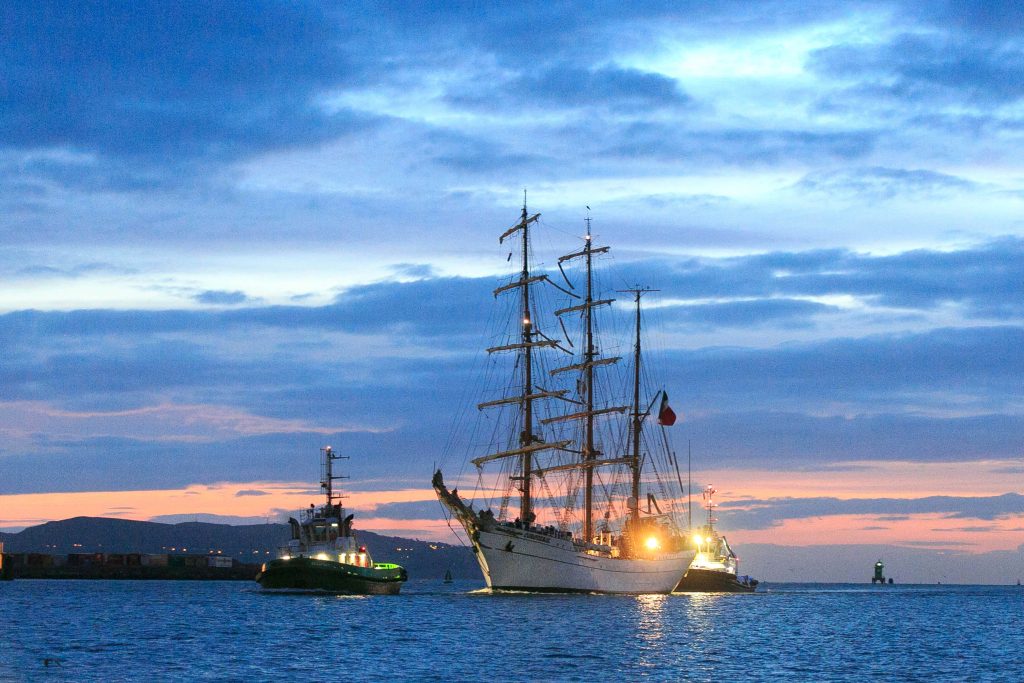 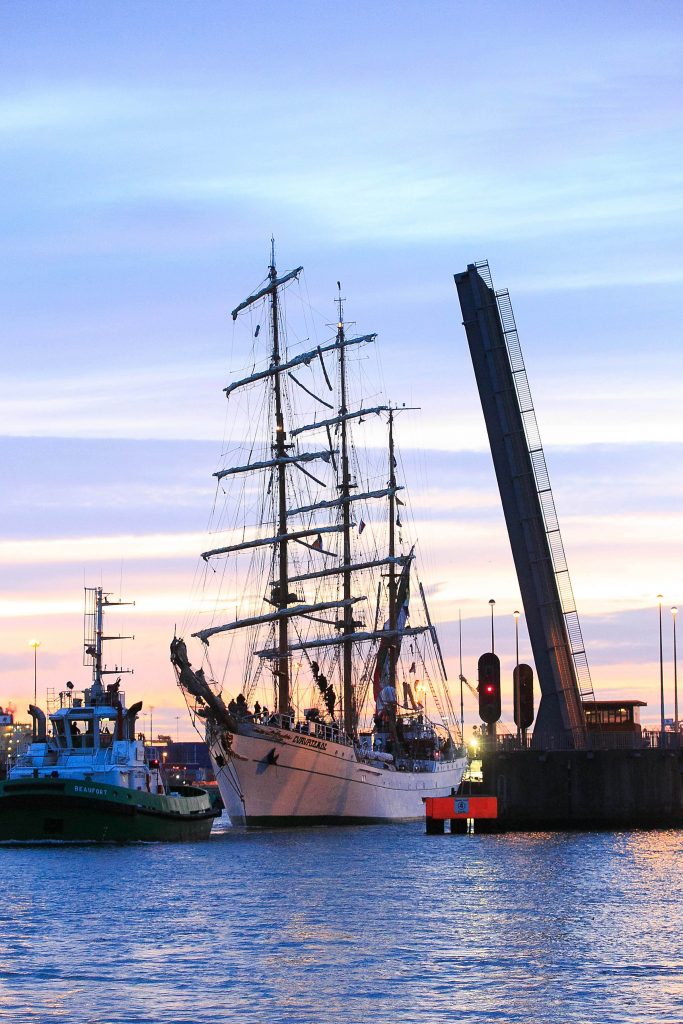 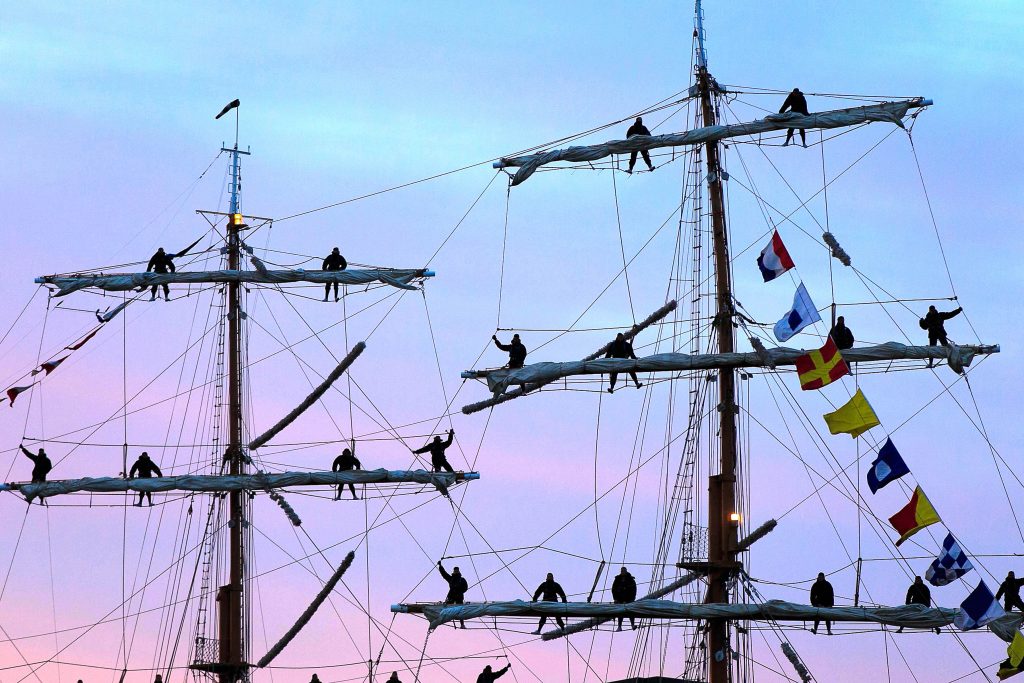 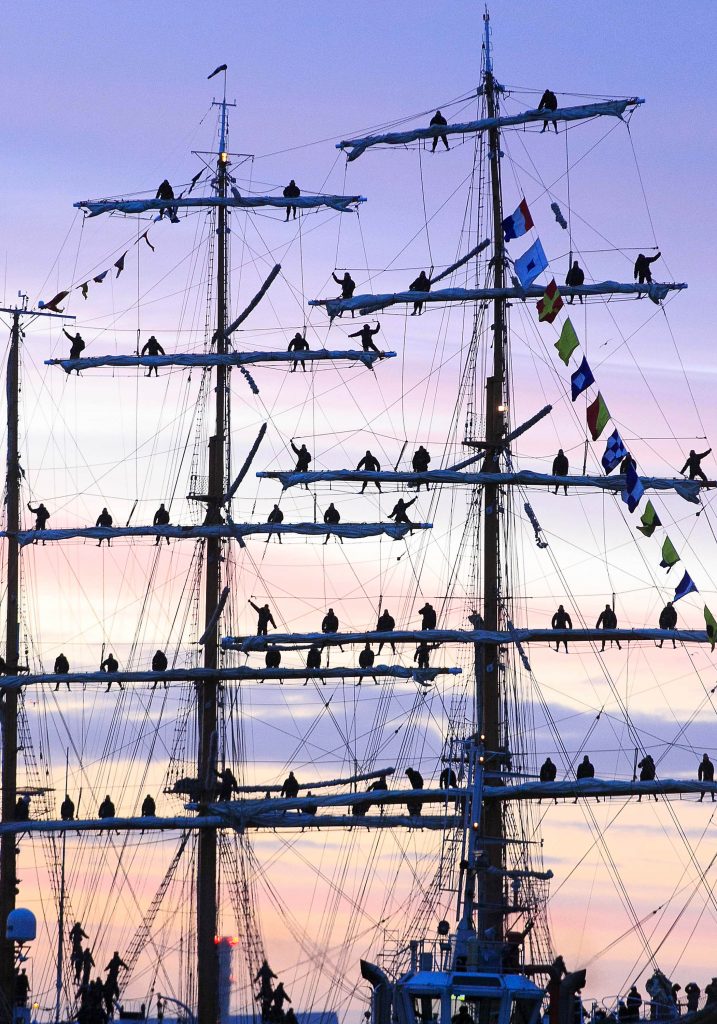 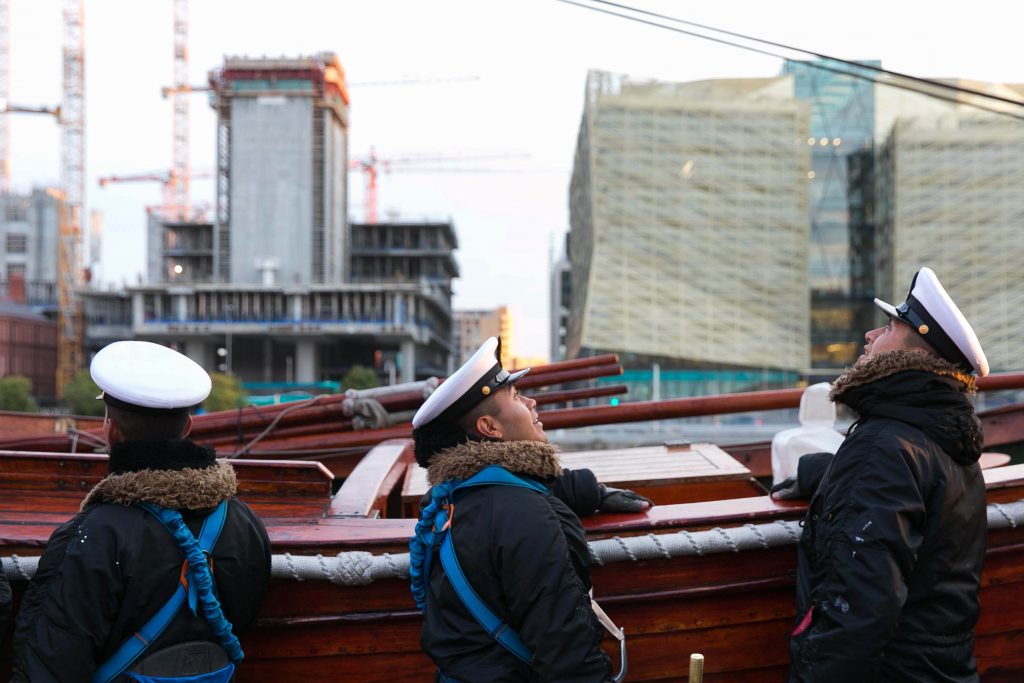 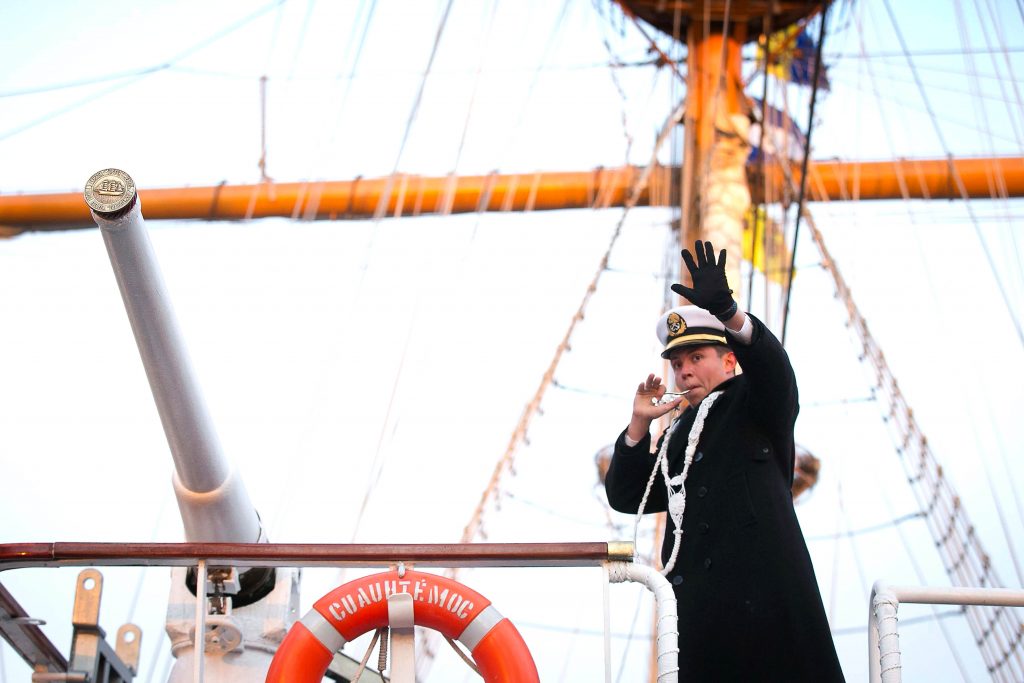 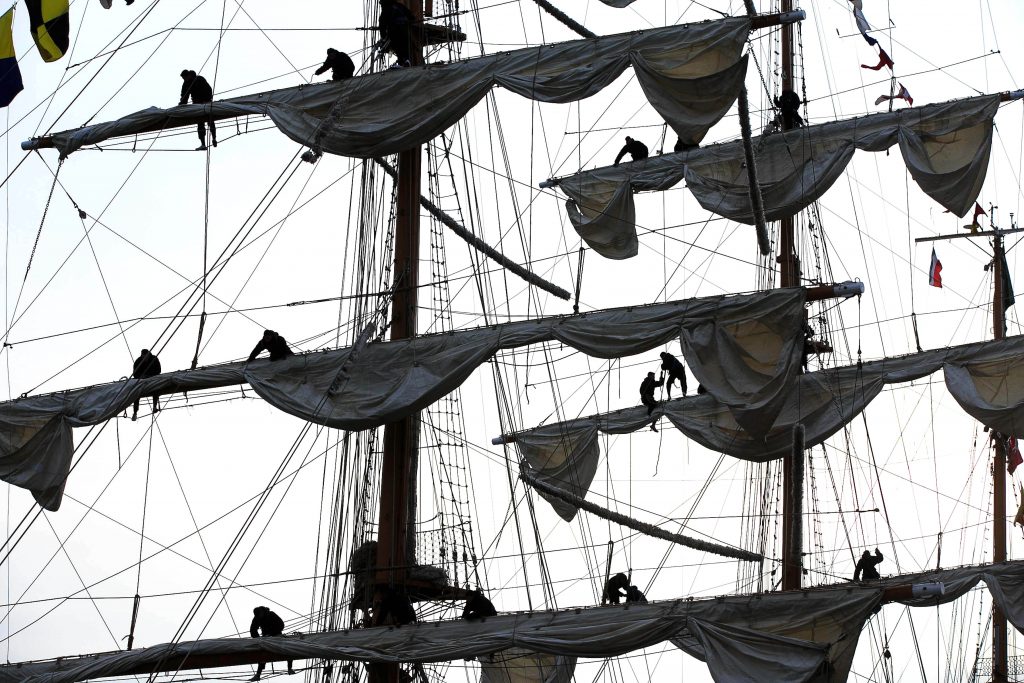 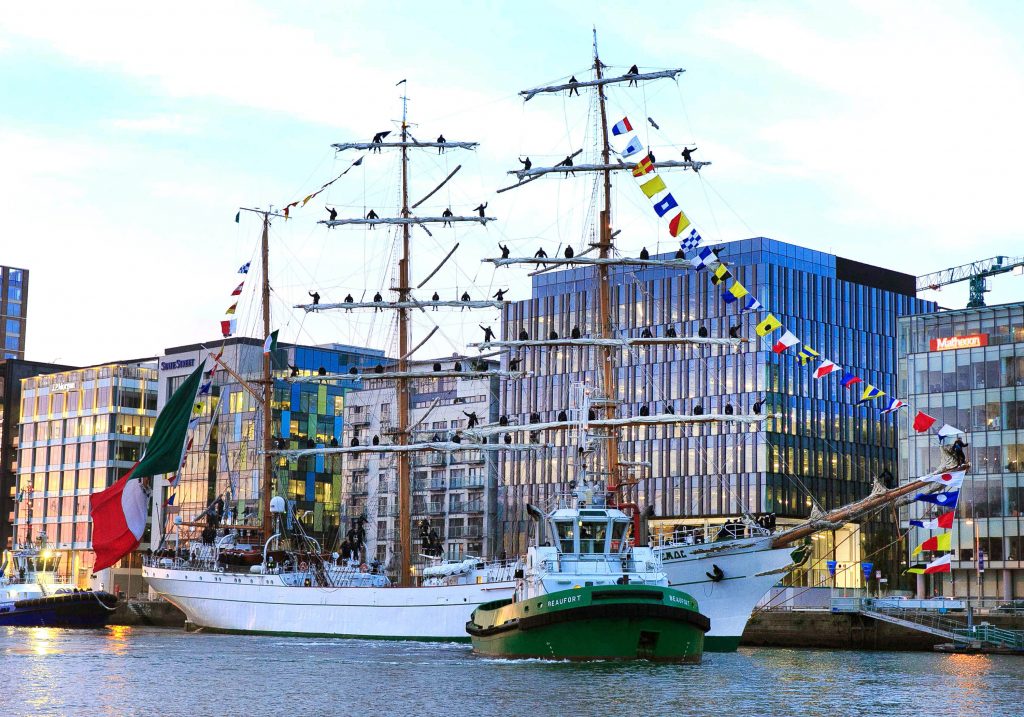