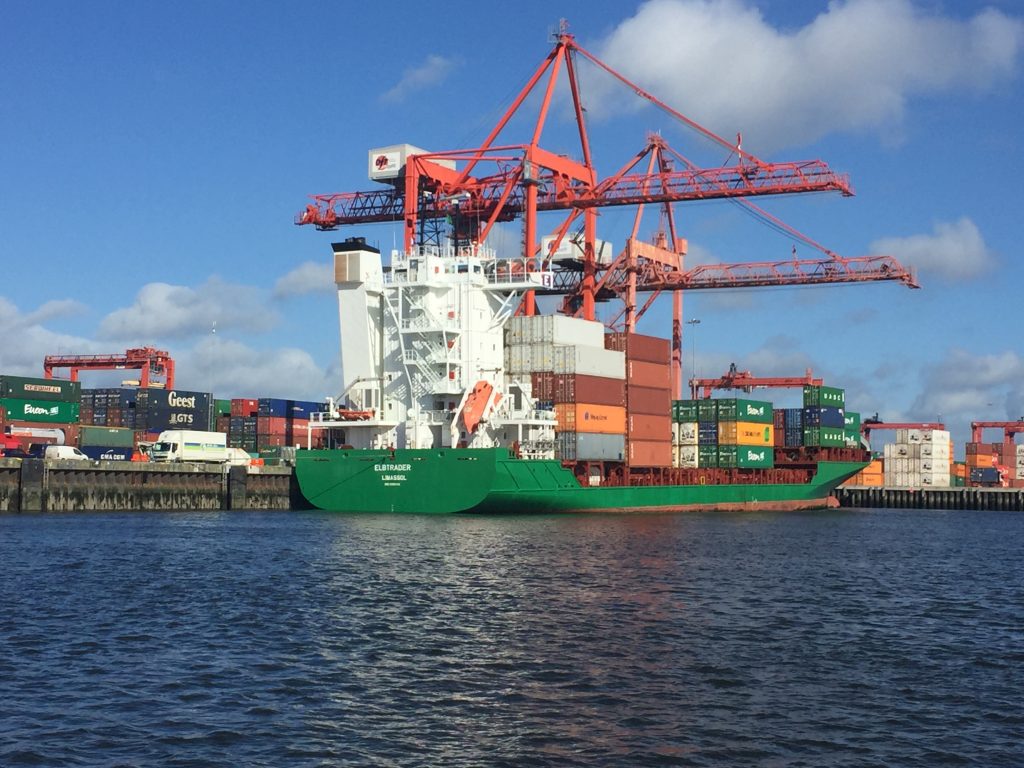 Growth was driven by exports which were up by 4.4% with imports ahead by 1.9%. The first half included the busiest ever month in the history of Dublin Port with 3.2 million gross tonnes of goods passing through the Port in May.

Given sustained, high levels of growth, Dublin Port Company has commenced work on its second major Masterplan Project, the MP2 Project, to provide additional capacity for future growth. The MP2 Project will create a single unified terminal for three of Dublin Port’s five ferry operators (Irish Ferries, P&O and Stena Line). In doing this, the project will greatly increase the utilisation of Port lands and improve essential facilities for a variety of State functions including immigration, customs, security and other border inspection controls.

Total throughput (imports and exports) for the six months to the end of June was
17.9 million gross tonnes, with 3,860 ship arrivals during the period.

This is the fifth year in a row for Dublin Port to see substantial growth in the first six months.

Growth was particularly strong in Ro-Ro freight with 485,463 units in the first six months, an increase of 5.4% on the previous year. Within this total, Ro-Ro services between Ireland and Britain grew strongly at 6.3%. Elsewhere, Lo-Lo containers grew by 1.4% to 335,131 TEU.

The volume of new imported trade vehicles through Dublin Port declined by -8.7% reflecting the large increase in recent times of second hand vehicle imports from the UK.

“The phenomenal growth we have seen in recent years is continuing, with 2017 set to be the third successive record year for Dublin Port. The 2.9% increase in trade in the first half of 2017 brings our growth in just five years to 29%. At this rate, Dublin Port’s volumes would double in just 14 years.

“Work is well underway on Masterplan projects to provide capacity for future growth. These include the Alexandra Basin Redevelopment (ABR) Project and the development of Dublin Inland Port on a 44-hectare site situated 14 km from the Port.

“We are also starting preliminary work on Dublin Port’s second major Masterplan project, the MP2 Project, with a target of applying for planning permission in late 2018. Planning permission and other consents will take about two years, allowing construction to commence as we approach the end of works under the ABR Project. The MP2 Project will provide much needed additional capacity for Ro-Ro freight and container traffic to the UK and, increasingly, to Continental Europe.

“The major development projects in Dublin Port are being guided by Dublin Port’s Masterplan which we are currently reviewing. At this stage, the review is pointing towards a third and final major Masterplan Project (following on from the ABR Project and the MP2 Project) on the Poolbeg Peninsula. This will bring Dublin Port towards its ultimate capacity and able to accommodate projected future growth all the way to 2040.”