Home > News > Dublin Port throughput declines by -10.9% in the six months to June

Dublin Port throughput declines by -10.9% in the six months to June

Dublin Port Company has today reported its second quarter trading figures for 2020. The latest figures show a decline in overall port tonnage of -10.9% in the first six months of 2020. 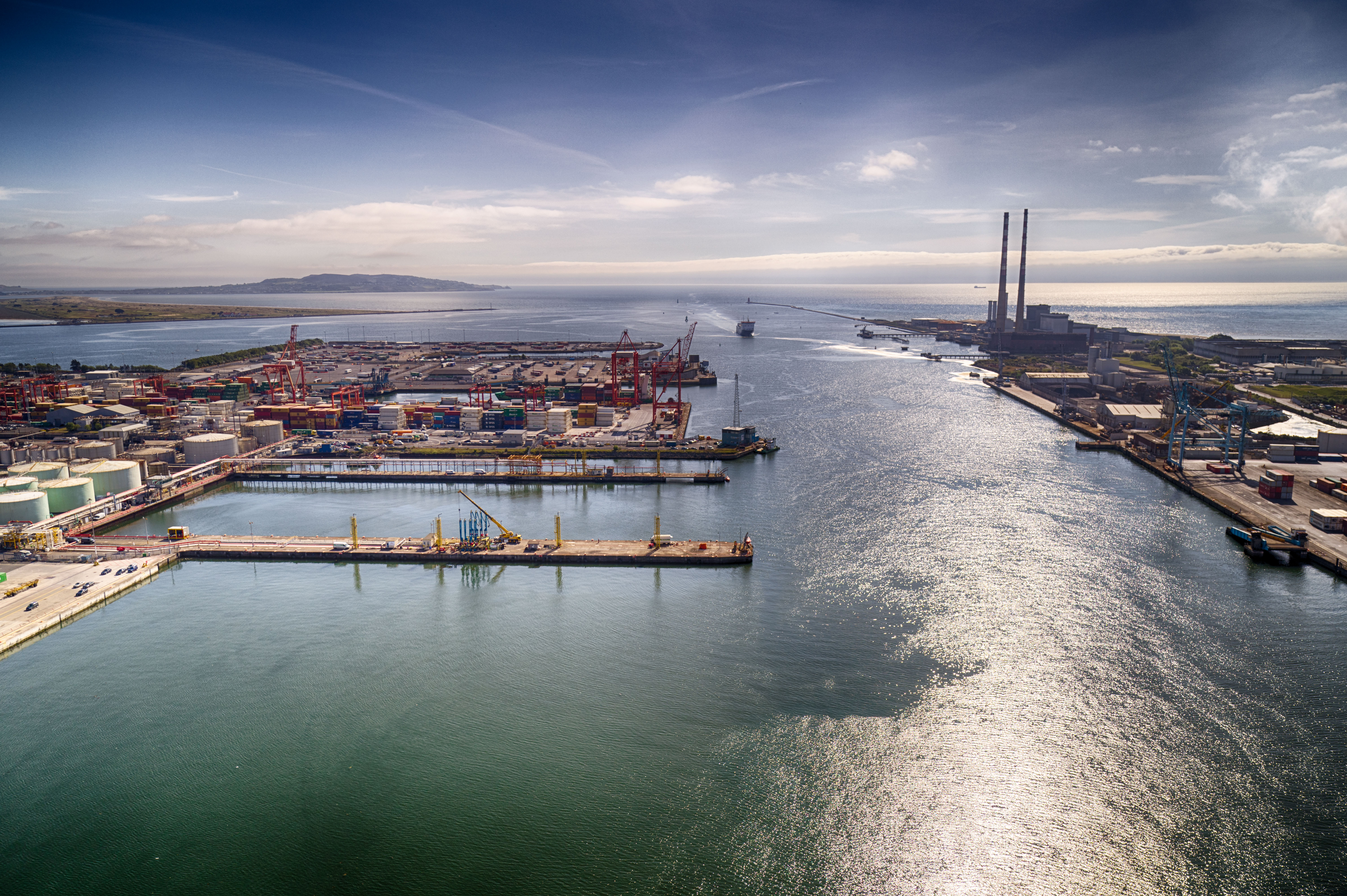 Having seen a decline of -4.8% in Q1 (which had been attributed to Brexit stockpiling in the first quarter of last year), there was a further and steeper decline in Q2 of -17.0% as the Covid-19 pandemic impacted on the country.

Imports of new trade vehicles through Dublin Port in the April to June period decreased by -64.9% to 9,900 and a significant decline appears inevitable for the rest of the year.

Bulk liquid volumes, primarily petroleum products, declined by -37.8% to 715,000 tonnes. Aviation fuel accounts for more than one-fifth of all petroleum imports in Dublin Port and the impact of Covid-19 on air travel has greatly reduced demand. Likewise, reduced car traffic during the lockdown has greatly diminished demand for petrol and diesel.

There were no cruise ship calls to Dublin Port in Q2 and none is anticipated for the remainder of the year.

Elsewhere, An Bord Pleanála has granted permission for the MP2 Project, the second of three Strategic Infrastructure Development projects required to deliver Masterplan 2040, the development programme designed to bring Dublin Port to its ultimate capacity by 2040.

This permission will allow the construction of two berths with an overall length of 545 metres for Lo-Lo container ships and two berths with a combined length of 572 metres for Ro-Ro ferries. The MP2 Project also provides for the development of a heritage zone overlooking Dublin Bay at the eastern end of Dublin Port as the termination point for the 3.2 kilometre cycle and pedestrian greenway to be built along the northern fringe of the port overlooking the Tolka Estuary. Construction of this greenway will start next year.

Between the ABR Project, which is under construction, and the MP2 Project, Dublin Port Company has now secured all of the planning permissions required for the major development works planned on the northern side of the port under Masterplan 2040.

On the Q2 trading results:

“The Q2 decline of 17.0% in cargo volumes was less than we had feared it might be. After the first six months of the year, our volumes are down by 10.9%. At this level, our throughput for the full year would be back to where it was in 2016.

“We saw after the 2008 recession how rapidly the Irish economy can recover from a deep recession and we seem to be seeing some evidence of this resilience in recent months where a 26.2% fall off in April was followed by a smaller decline of 20.5% in May and by a decline of just 5.5% in June.

“Even during the rapid and deep downturn during Q2, we have seen new unitised services – both Ro-Ro and Lo-Lo – introduced on routes to Rotterdam, Santander and Liverpool and additional capacity added on existing services to Liverpool. We are able to accommodate these because we have been systematically adding to port capacity in recent years.”

On the MP2 Project:

“We recently received a 15-year planning permission for the MP2 Project. This will allow us to accommodate the future needs of Ro-Ro and Lo-Lo lines in the years ahead. Given that we have been playing catch-up over the past decade to provide additional port infrastructure for future growth, the drop back in volumes this year gives us some breathing space and it is important that we do not waste the opportunity this gives us to make counter-cyclical investment in port infrastructure.

“The MP2 Project planning permission is for 937 metres of new berths, including an extension to an existing berth. This will allow us to develop 1,117 metres of berths for unitised trade at the eastern end of the port, split 50 / 50 between Lo-Lo and Ro-Ro.

“Dublin Port has two oil jetties through which almost one third of the country’s total energy requirements are imported in the form of petrol, diesel, kerosene and aviation fuel. The MP2 Project planning permission allows for the redevelopment of one of these jetties to provide an additional berth for container ships as and when the demand for fossil fuels permanently reduces in response to national climate change policies.

“The MP2 Project is the second of three Strategic Infrastructure Development projects needed to realise the vision of Masterplan 2040. Work on the first of these – the ABR Project – is well underway. The additional port capacity which these projects will give contributes substantially to the Masterplan’s objective to provide additional port capacity to bring Dublin Port to its ultimate capacity by 2040.

“A second but equally important objective of the Masterplan is to re-integrate Dublin Port with Dublin City and the MP2 Project gives us planning permission to create a heritage area at the eastern end of the port as the destination point for the 3.2 kilometre cycle and pedestrian greenway which we will build along the northern fringe of the port overlooking the Tolka Estuary. Work on the greenway will start next year.

“We are now only 20 years away from the Masterplan’s target date of 2040. Delivering new port infrastructure takes a long time and we need now, already in 2020, to be looking to see how port capacity requirements will be met after 2040. We will shortly publish a series of papers as part of the Dublin Port Post 2040 Dialogue to ensure we have early and comprehensive consultation on this nationally important issue. Long-term planning of large infrastructure is very challenging and cannot start too early.”