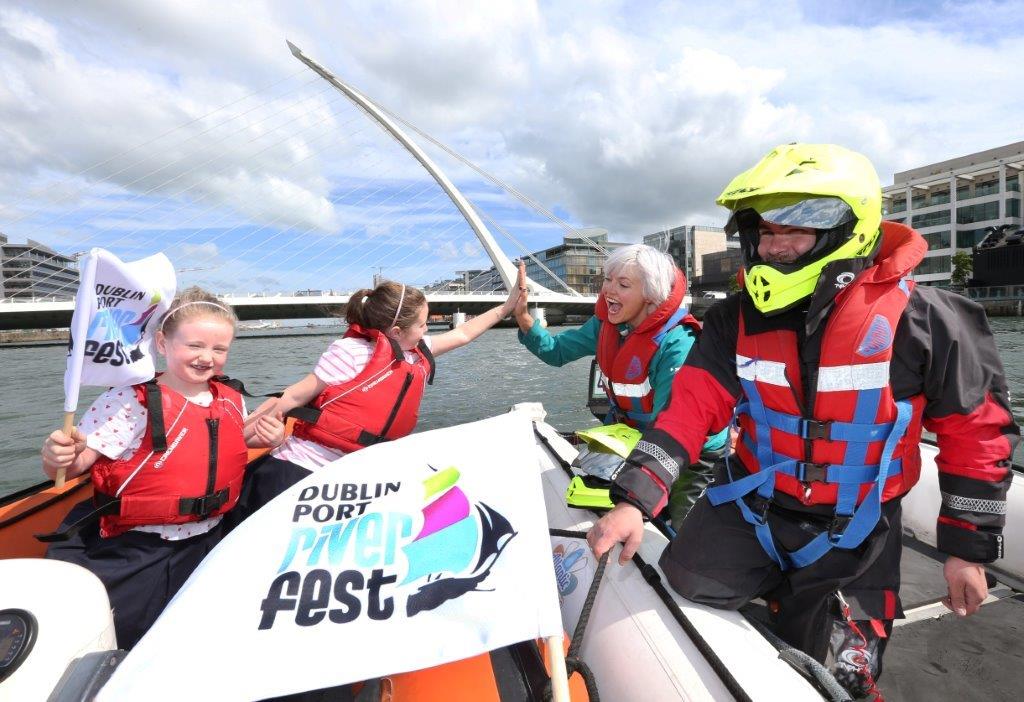 Monday, 29th May 2017: Dublin Port is preparing to help some 100,000 visitors discover their sea legs this June bank holiday weekend at Riverfest 2017, Ireland’s premier sailing and maritime festival. Now in its fifth year, the three-day maritime event will provide an €1 million boost to the local economy.

Taking place between the Samuel Beckett Bridge and the 3Arena from June 3rd -5th, Riverfest offers entertainment and activities for all the family, and admission is free.

Each year Riverfest, which is held by Dublin Port Company in association with Dublin City Council, brings a carnival atmosphere to North Wall Quay.

On the water, there will be plenty of thrills such as the UK ThunderCats power boats, which will be headlining the event with their first ever Dublin performance. ThunderCat Racing is one of the world’s most exhilarating water sports, with boats flying up to six metres in the air. The ThunderCats will be racing four times daily over the weekend.

Jet pack demonstrations and water sports such as stand up paddle boarding, sailing and kayaking are also among the highlights on the water.

For those who want to keep their feet on dry land there will be music, food markets, a funfair, zip lines, rock climbing and so much more. A new addition to Riverfest this year is the Drive-in cinema, which will use the world’s biggest mobile LED screen to show retro classics, Finding Nemo, Back to the Future and Jaws.  Booking is essential.

The festival’s favourite arrive in the city on Friday 2nd June. That afternoon the ships will berth along North Wall Quay and remain for the duration of the festival. Eight Tall Ships will be open to the public over the weekend to visit free of charge.

Eamonn O’Reilly, Chief Executive of Dublin Port Company, said: “I’m delighted to see Riverfest in its fifth year and growing from strength to strength. The festival promises something for absolutely everyone to enjoy. Set against the backdrop of the River Liffey, the Samuel Beckett Bridge and North Wall Quay, Riverfest is a uniquely Dublin experience. The sight of tall ships and schooners on the quayside reminds us of Dublin’s rich maritime heritage and modern day status as a port city. I would encourage everyone to come along and enjoy the spectacle and fun of Riverfest this year.”

Dublin City Council Chief Executive, Owen Keegan, said: “Riverfest is evolving as one of the marquee events of the city. The animation on and along the river over the bank holiday weekend is an exciting spectacle and festival for Dubliners and it further promotes Dublin to visitors as a city of culture and heritage.”