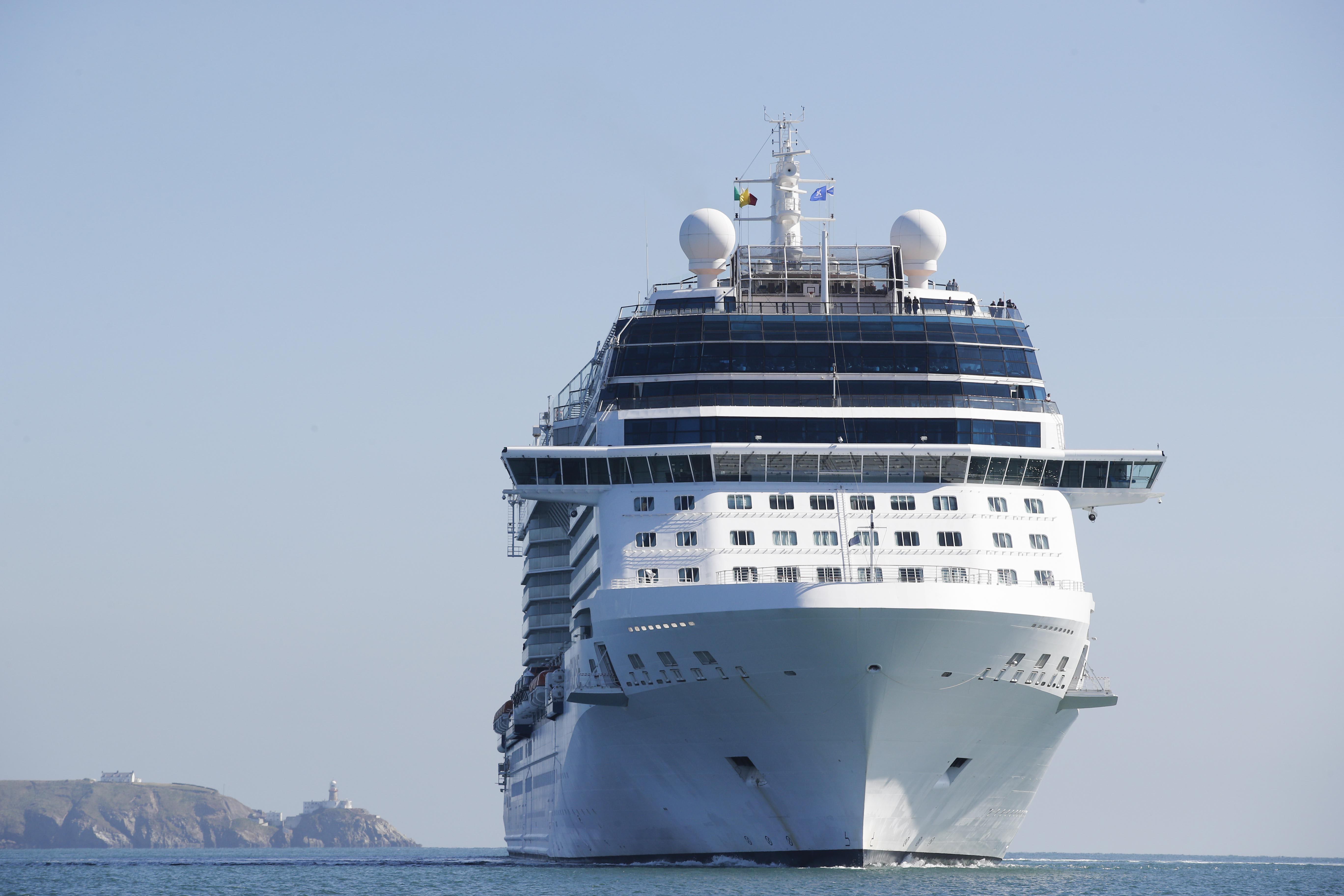 Passengers were greeted on arrival to the sights and sounds of a Celtic themed welcome spectacle of music and dance before disembarking for a day of shopping, sightseeing and exploring in the capital. Among the passengers are President and CEO of Celebrity Cruises, Lisa Lutoff-Perlo, and a delegation of 400 cruise industry leaders who will enjoy a VIP guest experience in Dublin during their call.

Having arrived from Cobh, the Celebrity Eclipse will depart Dublin again at 10.30pm today to spend two days at sea before arriving at her next port of call, Akureyri, Iceland, as part of the ship’s 12-day itinerary touring the UK, Ireland and Iceland.

Offering guests a modern luxury experience, the ship features a choice of 13 restaurants and cafes and one of the largest wine collections at sea. This is in addition to a spa and solarium, the celebrated Lawn Club including half an acre of real grass lawn on the top deck, hot glass blowing demonstrations, swimming pools, casino, theatre, boutique shopping, basketball court, art gallery, library, internet café, portrait studio and Suite Class accommodation with butler service which are just some of the amenities on board the 17-deck luxury liner.

Celebrity Eclipse will return to the city in 2018 when she becomes the first ship of a major cruise line to call Dublin Port a ‘home port’. She will be based in Dublin Port for a mini-season of holidays to Northern Europe next year, with over 14,000 people expected to begin their holiday from Dublin Port in 2018. The development is worth an estimated almost €6 million to Dublin and the surrounding area in knock-on economic benefits. Dublin Port Company has already established Cruise Dublin to promote the interests of local businesses to international cruise lines and their passengers.

This year, Celebrity Eclipse is among the increasing number of longer cruise ships requesting to call at Dublin Port. Of the record number of cruise calls scheduled this year, seven ships measure longer than 300m, pushing the boundaries of the port’s operational limits.

Such is her length, Celebrity Eclipse had to manoeuvre into Dublin Port ‘stern first’, i.e. in reverse this morning. Ships greater than 300m in length cannot turn within Dublin Port and are therefore brought stern first (reversed) up the River Liffey. This complex manoeuvre will no longer be necessary once Dublin Port’s Alexandra Basin Redevelopment (ABR) Project is complete. Larger, longer ships will then be able to routinely call at the port and turn within the expanded Alexandra Basin West and berth further upriver, closer to the city at the Tom Clarke Bridge. The planned redevelopment is expected to result in an extra 600,000 tourists for the city annually, three times current visitor levels.

“We are delighted to welcome Celebrity Eclipse on her maiden call to Dublin Port as we kick-start a record cruise season for 2017. With 130 cruise calls scheduled, it’s shaping up to be a busy season with thousands of passengers and crew set to explore the sights and sounds of the city. Ten of this year’s cruise calls are maiden voyages, confirming Dublin Port and Dublin City’s growing appeal as a marquee destination on the itineraries of the world’s leading cruise lines.

“We are also looking forward to Dublin Port becoming a home port to a major cruise line next year, and to growing this valuable business for the city. An estimated 90% of turnaround passengers will fly into Dublin to pick up their cruise, creating demand for extra bed nights in the city and discretionary spend for the city’s retail outlets and visitor attractions. And unlike port of call, homeporting passengers typically spend three to four days either side of their departure or arrival date exploring the home port city and surrounding counties. With more free time to explore, home porting has strong potential to benefit both the city and regional economies.”

“It is now only one year to go until we become the first major cruise line to homeport from Dublin when Celebrity Eclipse will call the city home for a mini season from April 2018. We are continuing to work with our partners at Dublin Port Company to ensure that we offer efficient check-in and smooth disembarkation experiences for all of our guests. This is a very exciting investment for us and we are thrilled with the level of support and enthusiasm from the people and businesses of Dublin ahead of our arrival into the city next year.”