The Book of Names at Dublin Port – Extension Announcement

The Book of Names

following an acclaimed run as part of the Dublin Theatre Festival 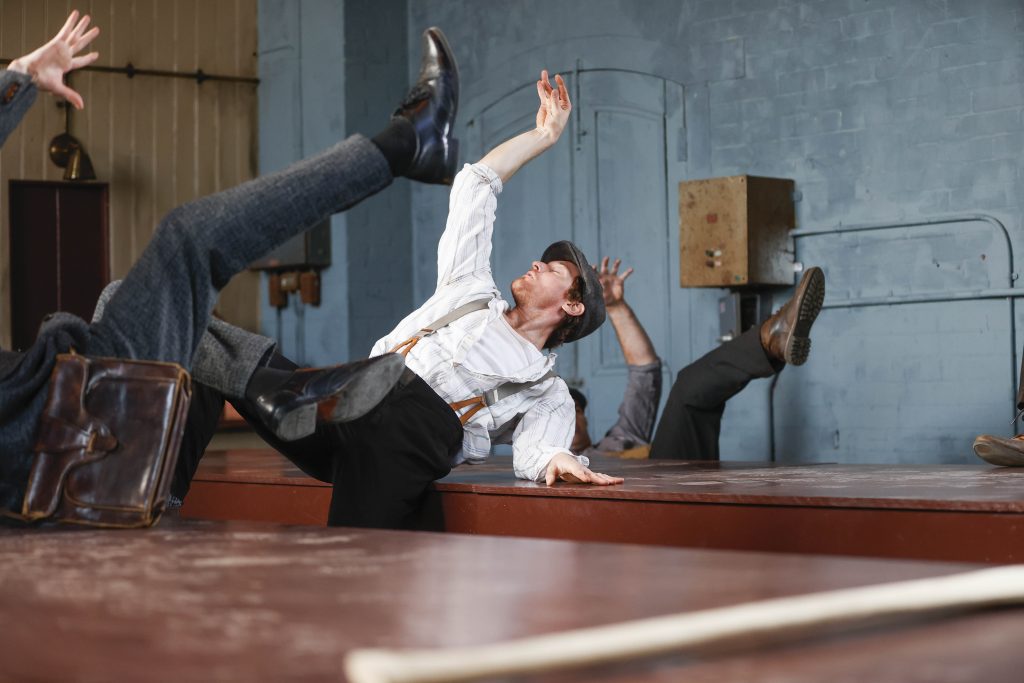 Written and Directed by Louise Lowe
Created by ANU Productions

In days of upheaval a new resilience has taken hold.

Following its triumphant opening as part of the 2021 Dublin Theatre Festival, ANU Productions and Landmark Productions are delighted to announce that Dublin Port – where the historic Pumphouse building forms the location as well as the inspiration for The Book of Names – has invited the sold-out production to extend its run.

Eamonn O’Reilly, Chief Executive of Dublin Port, said: “The BOOK OF NAMES is the first heritage project in the recently completed two acre Pumphouse Heritage Zone on Alexandra Road in the heart of Dublin Port. ANU and Landmark have been inspired by material from our archive and the BOOK OF NAMES is making an important contribution to our ambition to re-integrate Dublin Port with Dublin City. The BOOK OF NAMES was due to end its run as part of the Dublin Theatre Festival but we are delighted that ANU and Landmark have agreed to extend until 13th  November.  Audiences numbers have, unfortunately, been limited because of Coivd-19 and the extended run will allow more people to come down to Dublin Port to see this wonderful and unmissable show”.

The new performances will take place from 26 October to 13 November 2021.  Tickets for these performances are on sale from Ticketsolve – Take Your Seats from 4pm today, Friday 15 October.

ISL performances, including Amanda Coogan as performer/interpreter, will take place on November 5th.

For detailed ticketing information and a host of background information on the production – including notes about the characters in the play who played a crucial role in the War of Independence, and the actors who play them today – see www.bookofnames.ie

Critics have been full of praise for the production:

★ ★ ★ ★ Riveting … enthralling … immersive… The celebrated approach to theatre of Louise Lowe, the show’s writer and director, has undergone a retuning, a sharpening of its most enthralling method… Not since Anu’s acclaimed Monto cycle have such acts of complicity, stirring sordid feelings of playing a part, felt as spearlike … Loud and spectacular … punch-drunk-but-serious … why stand back when you can relive it? – The Irish Times

★ ★ ★ ★ ★ Under Louise Lowe’s irresistible alchemy, facts quickly turn into magic … there’s palpable magic at work in The Book of Names … a remarkable ensemble … jaw dropping to behold … Spellbinding … experienced here in all its tense, glorious, agonising, confusing, violent, suspicious and exhilarating immediacy … One of the best experiences of this or any festival – The Arts Review

Two of Ireland’s leading theatre companies collaborate for the first time, to present a hugely ambitious co-production that plots a singular path through one of the most secretive, contentious and turbulent times in Irish history.

Drawing on two 100-year old books—a unique historical ledger which documents in careful detail the names, ages and roles of every employee in Dublin Port, and an intelligence dossier containing names and photographs of potential targets—The Book of Names tells a tale of espionage, high stakes and a deadly game of historical doublethink.

‘THE BOOK OF NAMES will capture both sides of a complex web, placing audiences at the centre of espionage, covert manoeuvres, and a citywide shapeshifting odyssey. The hunter and the hunted, interwoven in a heart-pounding, exhilarating performance, spiralling outwards towards a shattering conclusion’. – Louise Lowe, Artistic Director ANU Productions

This production is funded by the Arts Council of Ireland and supported by Dublin Port Company and The Greater Houston Community Foundation.