The second annual Port Safety Week drew to a close at Dublin Port on Friday, bringing the curtain down on five days of well-attended safety events. The week is an opportunity for all Port users to collaborate to improve safety culture in the port sector by sharing experience and knowledge, and this was evident throughout the week as attendees came from all seven unitised terminal operators, Dublin Ferryport Terminals, Doyle Shipping Group (DSG), Dublin Port Company, Irish Ferries, Peel Ports, Seatruck Ferries, Stena Line and P&O Ferries.

The dates for Irish Port Safety Week this year were selected to follow European Safety Week, as port authorities across the country have come together to highlight and enhance collective safety responsibility. 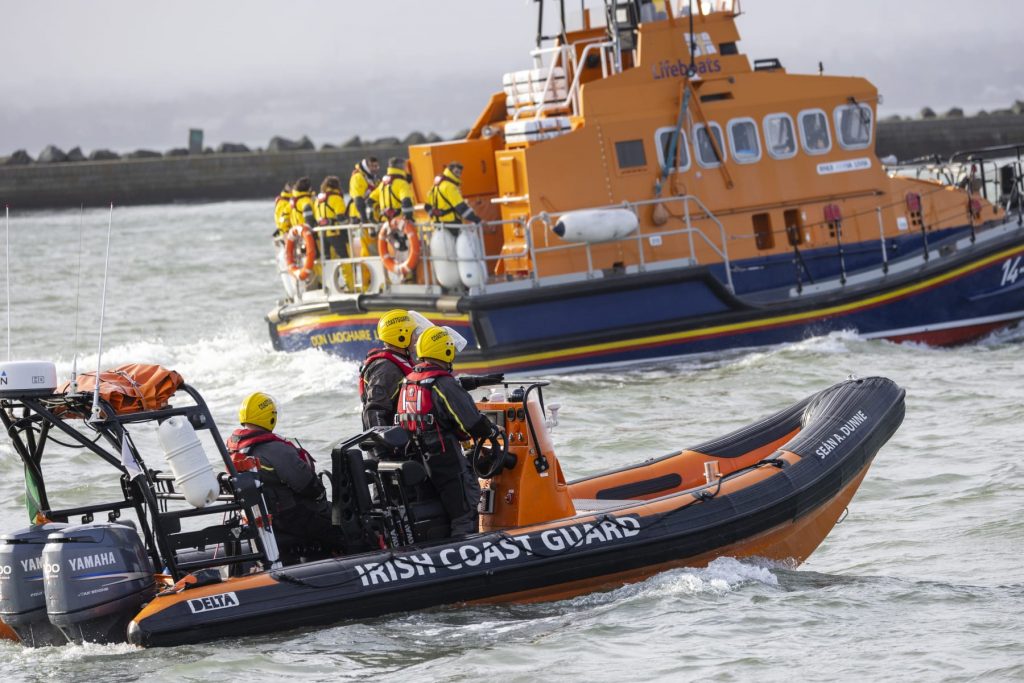 The highlight of the week was an eye-opening talk on mental health from rugby pundit and activist Brent Pope on Wednesday morning, where Pope called on people, especially men, to not be afraid to reach out and seek the help that they may need. Pope’s talk subsequently inspired an insightful discussion on Newstalk’s Lunchtime Live. The positive emphasis on maintaining mental health has grown in recent years and this event is another example of it becoming more openly addressed.

Pope’s presentation was followed by the arrival of 70 local schoolchildren to the event for the judging and awarding of the prizes for the Port’s Water Safety Colouring Competition by Pope, and four talented artists went home with an annual family pass for Dublin Zoo.

From the Graving Dock and Pumphouse on Alexandra Road, attendees were able to take part in a variety of simulation experiences, talks, and training exercises including a “Changing Culture” presentation from JMJ, and an exciting Man Overboard Emergency scenario from Dublin Fire Brigade, a HGV simulator, the Road Safety Authority’s Shuttle Bus, fire awareness training from First Point Safety, CPR training from Doyle Shipping Group and a “Hands For Life” talk from the Irish Heart Foundation. Maggie Dunne also ran three yoga sessions throughout the week, while Manguard Plus, DSG, Peel Port, P&O Ferries, and Irish Ferries/DFT gave individual presentations.

Focussing on the theme of safety, Tuesday also saw the unveiling of new speed limits, signage, and road markings throughout the Port as part of its SafePort initiative, which saw the speed limits in the north port road network change from 50km/h to 40km/h, as well as announcing the alignment of the speed limits within the seven unitised terminals to 20km/h.

Commenting on the success of the week, Harbour Master Michael McKenna said, “Following the success of last year, despite the challenges presented by the pandemic, we were determined to come back this year and do Port Safety Week bigger and better again.”

“We have been delighted throughout the week at the buy-in and enthusiasm that has been shown by all of our stakeholders for this event, and a massive congratulations must go to everyone from Dublin Port and across the terminals who did such incredible work behind the scenes to make this happen.”